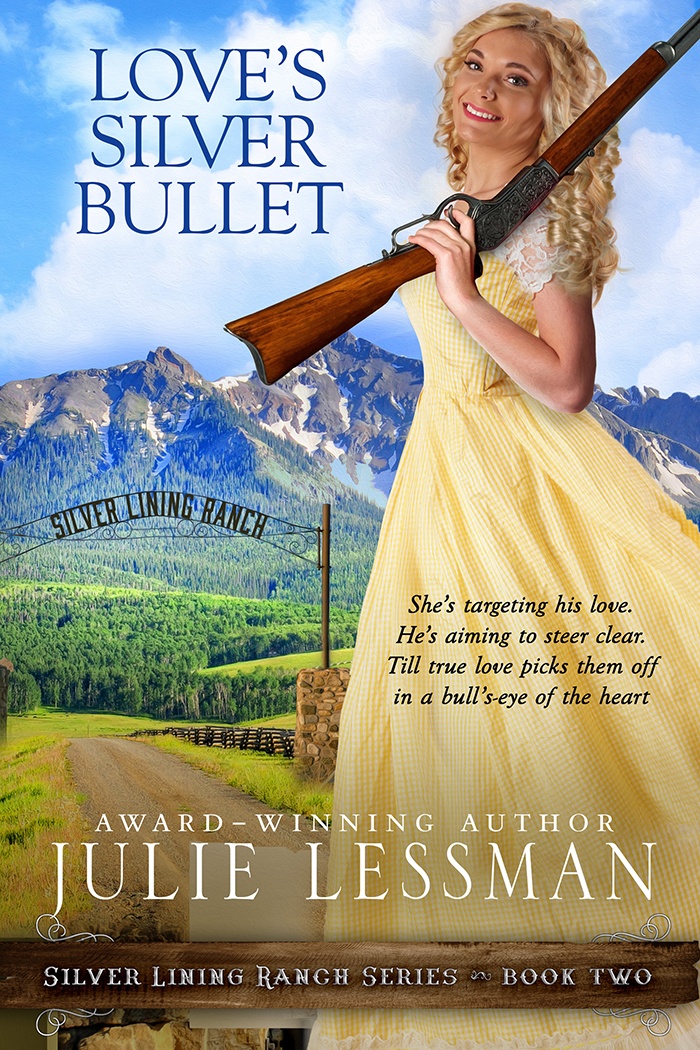 She’s targeting his love.
He’s aiming to steer clear.
Till true love picks them off
in a bull’s-eye of the heart

Eighteen-year-old Sheridan Donovan has been in love with Jake Sullivan since the age of four, when she used to tag after him and her big brothers on the Silver Lining Ranch. From little on, Jake has been her hero, convincing her brothers to play school and wedding with her whenever she’d begged and cried. From horsey rides and tickle fests to his sweet willingness to be her pretend groom, Jake’s gentleness and affection had nurtured two dreams in Sheridan’s heart—becoming both a teacher and Mrs. Jake Sullivan. Preferably not in that order.

At the age of thirty, Jake figures he pretty much has everything he needs at the moment. A good job as the Assistant Foreman for Silver Lining Ranch, great friends in Blaze and Dash Donovan, and a true mentor in their uncle and owner of the ranch, Finn McShane, the man who’d given him a family to replace the one he lost. But when Finn’s niece, Sheridan—Blaze’s and Dash’s little sister to whom Jake became a big brother as well—turns eighteen, Jake discovers there’s one more thing he needs: distance and lots of it. From pinafores and bows at age six to overalls and dirt till age fifteen, the grown-up Sheridan looks nothing like the little girl who’d once been his constant shadow, now transformed into a young woman who races his heart. Painfully aware that Sheridan is determined to win his love, Jake is equally determined to keep a promise to her uncle, a promise that not only shoots a hole in his well-ordered life, but in his heart as well.